WOLFoundation is a non-profit organization aimed at encouraging fresh thinking and clear, accessible, enjoyable writing on socio-environmental subjects. We are looking for ideas presented in a high quality, non-technical style. We welcome any opinion on environmental issues—be they for or against any particular debate or point of view.

The Social Value of the Financial Sector

Is a change in culture necessary in the industry? Is it even possible?
Is our regulatory framework appropriate? Does it help or hinder progress?
What roles do politicians, regulators and industry executives have to play in re-setting the relationship between the industry and the rest of society?

Germany has become a leader in transforming its energy policy towards more sustainable and renewable energy sources. The nature and pace of this change has not been without its social, industrial and political issues. Is the Energiewende in its current form sustainable? What would it take to make such a policy sustainable in political, social and economic terms? Many speak of climate change and its mitigation as one of the biggest ethical issues of our time. Few, however, have taken on the ethics of energy policy. What are the ethics of the social disruptions caused by rapid energy transformations and how does this balance against our ethical choices regarding climate change?

Science, Activism, Credibility – The Role of Science in Environmental Policy

A recent US study showed that when scientists take public policy positions, their scientific credibility with some publics is undermined. In an environmental culture where the boundaries between science and activism are substantially blurred (and may always have been) what is the future role of science and of individual scientists in the policy debate? Do activist scientists undermine the credibility of their own and others’ science? Is it possible for science to inform policy without becoming tarred with the activist brush?  Is there a case for building stronger firewalls between science and environmental activism?

A group of scientists and non-scientists will come together to discuss these issues in the spirit of the salon as public sphere.

The Politics of Environment

In the US, the right has pushed environmental issues into the political wilderness. In the UK ‘the greenest government ever’ has turned away from any serious environmental agenda. In Germany, with the consent of the Green party, carbon emissions will rise – the price of moving away from nuclear power. Politically, has the environment become a toxic issue? Are there ways in which an environmentally based political platform can be made appealing and sustainable through economic downturns? A small number of influential thinkers will discuss these questions in a series of events organized in the tradition of the salon as public sphere.

WOLFoundation organizes and sponsors happenings and events aimed at improving our social wellbeing by stimulating novel approaches to the socio-environmental debate.

“soon or late, it is ideas, not vested interests, which are dangerous for good or evil”

We are a factory of ideas. The Web of Life Foundation encourages broad dialog to

break out of conventional thinking on the politics of society, business and environment.

Is there a vision for a sustainable future?

Many of us talk about ‘a sustainable future’ yet few of us have any sort of clear vision of what our lives – and those of the next generation – will be like in such a future. Will they be better or worse than they are today? Is such a future something to aspire to or to avoid and postpone? Can we even imagine such a future world in any tangible form or are we asking people to buy into a theoretical construct on no more than a wing and a prayer? These events bring together a small number of influential thinkers to discuss and debate what “a sustainable future” might look like in daily life. The events are organized in the tradition of the salon as public sphere.

Report from the London session can be downloaded here. 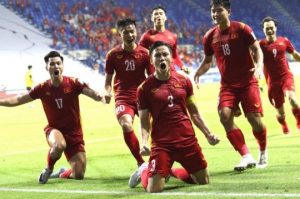